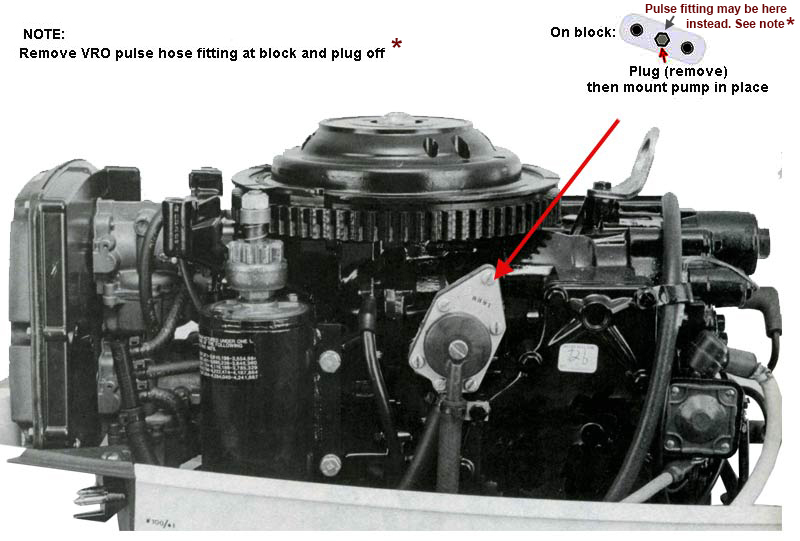 It mounts on the motor as illustrated above.

You will need a couple of 10-24 stainless screws to mount it. These are generally available at a good hardware store but typically come in either 2" or 1-1/2" lengths.

These are included in the kit but not with loose pumps.

On some motors they may bottom out; cut them to 1-3/4" if this happens (or shim the screw heads with something). 1-1/2" are usually are too short.

You will need to plug the VRO pulse hose source (on the block for most motors* ). These take a brass or SS 1/8" pipe plug (included in the kit, not included if buying just the pump only).

On most of these, you should invert the fuel log 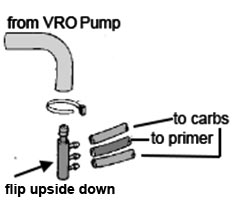 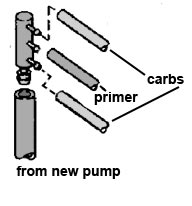 to match the "fuel out" of the new pump (to feed from the bottom direction). This makes an easy arc between pump and fuel log.
Use the included extra section of hose if needed to reach.

The oil/fuel mix in the fuel tank will need to be 50:1